When the aviation journalist waxes lyrical 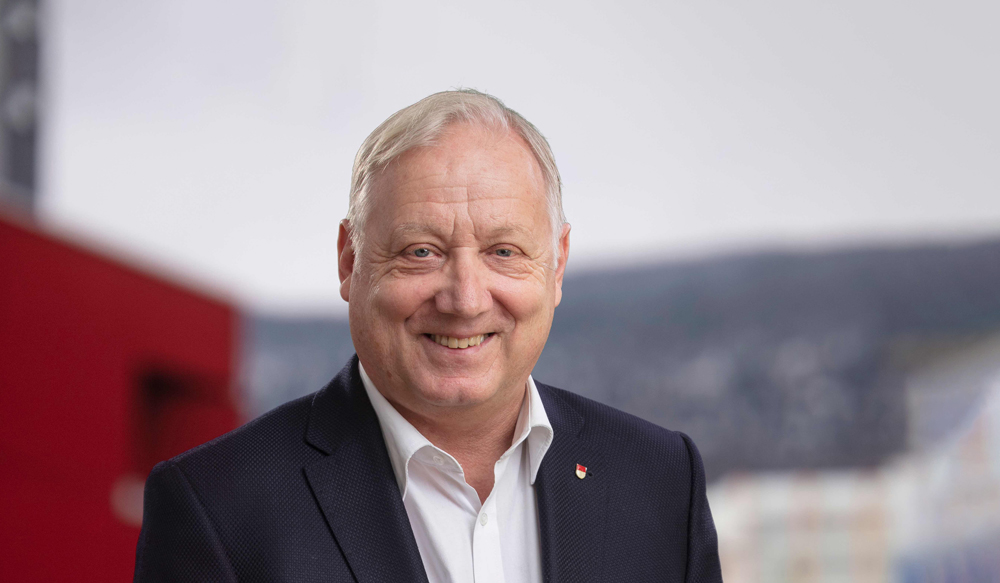 An aviation journalist and member of the canton and municipal council, Peter Brotschi, answers questions about the Swiss Rotor Hub.

A new Rega hangar was opened at Grenchen Airport, and the Swiss Rotor Hub will soon be opening too. Why are you developing these projects at a time when aviation finds itself under so much pressure?
‍International commercial aviation is under pressure, but not domestic aviation. There are even signs that the coronavirus crisis has led more people to reach for the control stick themselves, as they wish to make their dream of flying a reality.Versatile helicopter aviation will also be in demand in the future. Many tasks can only be carried out efficiently using helicopters, including work-related aviation in the construction industry, forestry and, of course, search and rescue missions. Thanks to its topography, Switzerland is an ideal country for helicopters.

Why is Grenchen the right location for the Swiss Rotor Hub?
‍Grenchen is the best training airfield of its kind. As a representative of the Grenchen regional association of the Aero Club of Switzerland, I was able to serve on the Board of Directors for 18 years. During this time, Grenchen was promoted as a centre for the training and further education of pilots. The first helicopter company, the Heli West company, also settled there during this period. Furthermore, Grenchen Airport has a very central location in Switzerland and is close to the language border. You can fly to completely different regions in just a few minutes: Jura, the Emmental, the Seeland and the Swiss Plateau towards the greater Zurich area.

How do you rate the importance of the airport for the city and the region?
‍I’ll be direct: it is absolutely invaluable. When the airport was founded in 1931, the committee proudly announced that Grenchen would now appear on all flight maps in the world. This is still the case almost 90 years later. Unfortunately, the outside world is largely unaware that Grenchen is also a technology site hosting numerous excellent companies. The airport, however, is well known. The name of our liveable small town is firmly linked to the biographies of thousands of commercial and military pilots who, over the past several decades, lived here for weeks or months as they completed part of their training. Again, and I say this on behalf of the cantonal and municipal council: the airport is of great value to the Grenchen region, both tangibly and in terms of image.

An airport is always associated with aviation noise. Are these noise emissions still justified today?
‍We live in a pluralistic, modern and globalised world. What is justified and what is not could almost be considered a philosophical question. Is it justifiable to ride a Harley through dozens of towns and over three mountain passes on a Sunday for pleasure? Or to plough through the water from Solothurn to Erlach in a motorboat, thereby consuming a lot of energy? We should always act responsibly with what life has given us, no matter where we sit. For me as a pilot, this means producing as little noise as possible while flying, and sometimes doing a training flight during the week and on a rainy day. We also have to work on decarbonising aviation and on developing low-noise aeroplanes and helicopters. Grenchen has a great hand of cards in this regard, as our airfield became a hotspot for electric flying in Europe with Electrifly-In.